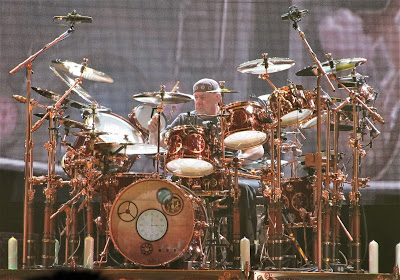 I just heard a bit ago that Neil Peart passed away. I knew that he had been suffering from cancer for a while, and the news devastated me. Rush is undoubtedly one of the greatest bands in rock, and a huge chunk of their success was due to Peart's legendary drumming and lyrics. He influenced the generations of musicians after him, and his legacy will never be forgotten.

Peart's debut with Rush was their second album Fly By Night in 1974. Right from the beginning he was breaking down barriers with his playing, and blowing the minds of listeners across the world. He played on the rest of the band's albums, and was a member until 2018; when the band bid farewell. In 44 years, Peart and Rush made some of the greatest albums in Prog Rock, including Farewell To Kings, 2112, Permanent Waves, Hemispheres, Moving Pictures, etc. The band was one of the few of their time that made a successful transition from the 70's to the 80's, and they showed their versatility and willingness to explore new sounds.

This is a saddening loss in the world of music. My condolences go out to his family, friends, and colleagues. Will definitely be putting on some of Rush's classic albums again as a tribute. Rest in peace.